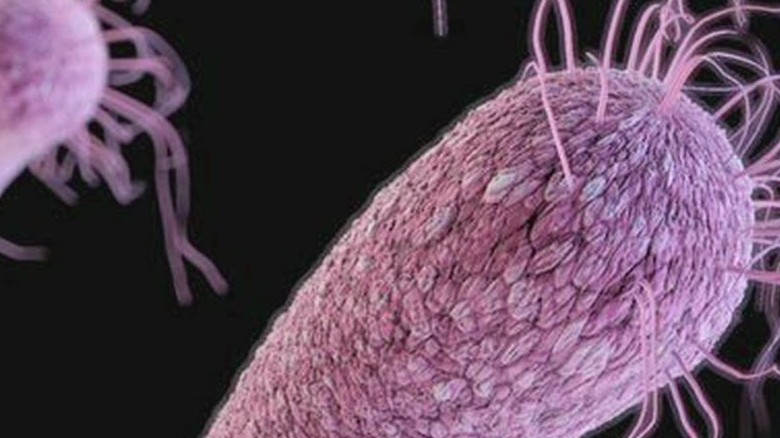 In March 2017, I wrote about a fungus known as Candida that causes a variety of infections. Candida albicans causes yeast infections in women, a problem that can be very uncomfortable. It is generally treated with antifungal creams or antifungal suppositories. This form of Candida is also a common cause of nail fungal infections, you know, those ugly looking yellowish toe and sometimes finger nails that also grow thicker and can even result in the loss of the nail. Nail fungal infections also treated with topical and oral medications. Although if you have any history of liver disease (like hepatitis), be careful of taking oral treatments for nail fungal infections. Some of those medications can elevate liver functions which isn’t a good thing. In the past, I’ve used soaks in solutions of water and apple cider vinegar to cure toenail fungus.

Candida is a very commonly occurring fungus with about 150 different varieties. Fortunately, only about 20 or so of Candida varieties cause some type of infection in the human body.

But there is one variety that is especially nasty – Candida auris. In that March 2017 post, I wrote:

However, there is one form of Candida that is reaching hospitals and medical facilities in the United States and this form is deadly with a mortality rate of up to 60%. According to the Center for Disease Control (CDC):

“Healthcare facilities in several countries have reported that a type of yeast called Candida auris has been causing severe illness in hospitalized patients. In some patients, this yeast can enter the bloodstream and spread throughout the body, causing serious invasive infections. This yeast often does not respond to commonly used antifungal drugs, making infections difficult to treat. Patients who have been in the intensive care unit for a long time or have a central venous catheter placed in a large vein, and have previously received antibiotics or antifungal medications, appear to be at highest risk of infection with this yeast.”

“Specialized laboratory methods are needed to accurately identify C. auris. Conventional lab techniques could lead to misidentification and inappropriate treatment, making it difficult to control the spread of C. auris in healthcare settings.”

“Because of these factors, CDC is alerting U.S. healthcare facilities to be on the lookout for C. auris in their patients.”

Since that time, there has not been very much news about C. auris becoming much of a problem, until now, as a drug-resistant strain of C. auris seems to be spreading in a number of countries around the world, including the United States. According to one report:

“A drug-resistant superbug fungus has sickened nearly 600 people across the United States in recent years, including more than 300 patients in New York State, the Centers for Disease Control and Prevention reported. Candida auris, which preys on people with weakened immune systems, can be deadly.”

“‘Most C. auris cases in the United States have been detected in the New York City area, New Jersey, and the Chicago area,’ the CDC said in a statement.”

“The fungus was seen in the U.S. for the first time in 2013. Dr. Lynn Sosa, Connecticut’s deputy state epidemiologist, told The New York Times that she views she views Candida auris as ‘pretty much unbeatable and difficult to identify’.”

“As of the end of February, a total of 587 cases had been confirmed across the country, most of them in New York State, where there were 309 cases. Illinois had 144 confirmed cases and New Jersey had 104.”

Symptoms vary depending on how the C. auris infects the body. It often infects the bloodstream, wounds and even the ears. The only way to confirm a fungal infection is with a blood test. In the latest cases, a number of infections have proven resistant to the three main groups of antifungal medications.

If you have event the slightest inkling that you may have a C. auris fungal infection, see your doctor as soon as possible. Left untreated, it can prove fatal, especially for people with weakened immune systems, the elderly and very young.

Posted by: HLA Staff
View more posts
Medicare Users Beware of Annual Physical Exams
Can Restoring Memory to the Elderly Be As Simple as Electrical Stimulation?

The coronavirus pandemic has affected our cities in profound ways. People adapted by teleworking, shopping…

Half a Million Back in Lockdown as Beijing Fights COVID